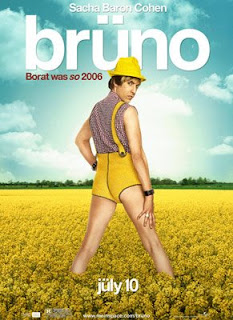 The following is a guest post from my older brother, Christopher Faris.

Have you ever met a Mexican? If not, here's what to expect: Mexicans are lazy and uneducated. All of the males make cat-calls at white girls while drinking Corona's like triathletes drink water. The majority of adult males are day laborers who sit on the corner by Home Depot. All Mexicans are illegal, especially in California, and all of their children are in gangs (it's a genetic thing). I even hear that some are firing pistols straight out of the womb. All female Mexican teens get pregnant before graduating high school and they all wear crazy eye liner with teardrop tattoos. Adult Mexican women wear fluffy dresses with the colors of Mexico (I know because I saw it at a restaurant that serves Mexican food). And all Mexicans keep Tapatio bottles in their back pockets next to their wallets.

Or maybe not. But if you don't regularly converse with different ethnic, religious, or other cultural groups, you may start to believe what you see on TV or hear from your friends who watched that one movie that totally nailed it. Like Saved! for evangelicals, Crash for Los Angeles, or Reno: 911 for cops.

Which brings me to Sacha Baron-Cohen. If you don't know the name, he is the guy responsible not only for Borat, but for Ali-G and Bruno. Baron-Cohen popularized these 3 alter egos on his hilariously offensive, biting, and painfully watchable TV "sereez" on HBO called Da Ali-G Show. The Bruno movie opened last night, and frankly, I'm eager to see it.

Borat's legitimate point was overshadowed by its relentless mission to cross the line. I haven't seen it yet, but based on early reviews I expect Bruno to go even farther. Either way, it's worth considering Bruno the character for a moment.

Sacha Baron-Cohen's characters work because they stand on the building blocks of assumption. Consider the aforementioned 3 alter egos. Borat represents what Westerners assume to be a foreigner: gleeful to be in America yet blissfully unaware of cultural norms. He is smelly (while in character, Baron-Cohen reportedly did not shower or use deodorant for extended periods of time), he has a thick mustache, and he frequently mispronounces common words. Ali-G is a crass, walking hip hop cliché with something like a southern drawl-gone-British accent. He throws up gang signs during interviews with esteemed world leaders and uses hilariously concocted slang words such as "respek." Ali-G is hip-hop culture according to the assumptions of an older generation.

And now Baron-Cohen has given us a feature length version of the 3rd of his alter egos: Bruno.

If you spend your time in a community where conversing with openly gay people is rare to non-existent, you are in Baron-Cohen's crosshairs. His goal is to hold a mirror to your face and show you just how ridiculous your gay stereotypes are by embodying the stereotype itself. Many assume that all homosexual males are obsessed with fashion and phallic symbols and talk with ridiculous lisps. Plenty of films and tv shows reinforce the stereotype. How any romantic comedies exploit the awkward, gay "drama queen" who is boisterous and all too in tune with what women want?

So if you are from the Castro, seeing Bruno on the street may be no big deal. But if you encountered him in, as Bruno says on Da Ali-G Show, "the gayest state in America - ALABAMA!" your reaction may be quite different.

And that is why the character works so well. Our own conceptions of homosexuals today may vary widely, but without actually spending time with anyone who openly identifies as gay or lesbian we can be suckered into believing that Bruno is the homosexual poster child the same way a Latino dude with a shaved head and a mustache is an 18th street gang member.

The trouble is, Sacha Baron-Cohen falls into his own trap, and it dupes both his fans and the casual movie going audience: he is often caricaturing his targets in the same way his targets caricature him.

Take the scene from the trailer where Bruno is awkwardly sitting with hunters around a campfire and makes a gut-busting Sex and the City reference. As I watched the hunters' reactions, I even found myself thinking "dumb hicks- what part of the Midwest are they from?" And this is exactly the point: as much as he wants to shake America's perception of the homosexual community by presenting such a ridiculously over the top gay caricature, he shows almost equally over the top examples of the cultural groups he aims to humiliate. And that gets us nowhere.

I know Baron Cohen and director Larry Charles have a disdain for my culture - white Christian male. Over the past several years, I have felt that disdain and turned it inwards on myself. I feel a little dirty just typing the words "white Christian male." But it's true of how I identify. It makes me wonder: as much as I am being preached at to be tolerant of others, why are others so rarely tolerant of me? Could it have anything to do with the conclusions about white male Christians that Baron-Cohen forces his viewers to draw?

I still am eager to see Bruno. I think Baron-Cohen is a brilliant improviser and hilarious comedian. His comments on American culture are often convicting. I anticipate squirming both for reason of embarrassment and disgust. And yes, I realize that in these outlandish acts, the man is interacting with real people. Real people who really say and really do all the stuff on camera, which means there are real examples of Baron-Cohen's targets. But as I've argued, Bruno takes the extremes from his interviews and casts them as normal, thereby caricaturing and stereotyping whole groups of people on a few edited interview pieces.

Those who think that Baron-Cohen is simply out to shock are missing the point: Bruno isn't going to be funny or engrossing based only on hilariously flamboyant outfits or new catchphrases. Just like with Borat and Ali-G, the impact is in the underlying message that for all our posturing about being in touch with ourselves and the world around us, we really aren't that in touch at all.

It's a message Sacha Baron-Cohen may need to consider for himself.
By Andrew Faris

With fewer angles to approach this American character-flaw (worldviews vs. homophobia), Bruno seemed more cyclic in gag-repertoire... rather than going on to make a larger point. Being constrained first by the need to make a humorously successful movie- it's understandable that there would be a race toward the bottom with the quality of guests Cohen interviews. Unpredictably, even the Westboro Baptists had a somewhat flat response to Bruno's antics! Humor as a driving element can make or break a boiler-plate movie like this.

Nonetheless you raise a very interesting point: are his attempts to 'deconstruct' one group having the simultaneous affect of polarizing his loyal audience against their own social-political 'other?' Given the power of confirmation bias (http://hij.sagepub.com/cgi/content/abstract/14/2/212), its a tall order to make someone see the rabbit when all they ever think about are ducks- all while trying to make a simpler point about sexuality in America.

As a side note, I can't help but think that perhaps the post should have been titled "Deconstructing [Borat]?" After all, there is a somewhat pervasive stereotype that Christians occasionally protest media they have never even seen (remember the fumbling interviews over Fahrenheit a few years back). Lending a blind deconstruction makes it difficult to imagine there is not a preformed opinion. :)