The Changing Tide of Public Opinion on Global Warming 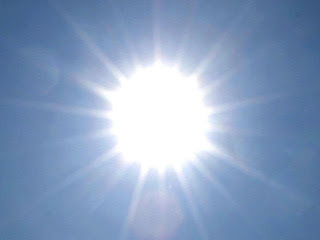 Here are the two lead paragraphs from a WSJ article on the growing tide of skepticism about man-made ("anthropocentric" is the fifty-dollar word a friend taught me) global warming:

Steve Fielding recently asked the Obama administration to reassure him on the science of man-made global warming. When the administration proved unhelpful, Mr. Fielding decided to vote against climate-change legislation.

If you haven't heard of this politician, it's because he's a member of the Australian Senate. As the U.S. House of Representatives prepares to pass a climate-change bill, the Australian Parliament is preparing to kill its own country's carbon-emissions scheme. Why? A growing number of Australian politicians, scientists and citizens once again doubt the science of human-caused global warming.

Read the whole thing, which cites the science community's backlash and the leveling off of global temperatures since 2001 (despite increasing carbon emissions) as major reasons why views are changing.

I have been skeptical of anthropocentric warming since seeing the compelling documentary, "The Great Global Warming Swindle". It is quite provocative and, if nothing else, trots out an impressive set of experts.
(HT: Jonathan Knaup)
By Andrew Faris

Sounds like this whole global warming debate is really heating up.

I've also a thought or two on this. My days among so many zealous fellow graduate students who have taken up (with some sanctified self-sense) the cause of global warming tend to push my judgment on the matter away from any interest in what the science 'really says' about what is happening. Part of the reason is I am committed not to treat science as the most determinative truth by which I ought to order my life - which I think every Christian would want to claim. Its uses secondary at best, this leaves us to ask first what are the theological reasons for thinking about the earth in this way rather than that; following this, how we might locate the obverse of these reasons in the outside culture that surrounds us. But let us not be too moved by Christian celebrations over the 'debunking' of some scientific claim they think is the work of Satan or liberals or both. Let the debate occur, fine; but let us not think God has left it to the scientists to tell us what proper witness requires in an age that needs something to fear in order to give it something meaningful to champion.

Any further thoughts on that? or disagreements?

Is the backlash against global warming merely reactionary? I've heard quite frequently the delight at the “debunking of science” from the right, but I get the feeling that this is merely a polarization and partisan response, probably due to the fact that the left got to it first. (anything to stick it to Al Gore, right?)

I guess my question is, what is the issue here? Whether global warming is true, false or otherwise, is it not within the scope of the Christian mandate to take care of the planet we are on? Granted, the environmental movement can get out of hand at times, but overall I see no inconsistencies between consuming, polluting, and destroying less while saving our natural resources.

What is the alternative response from the right? I've yet to hear anything positive.

I agree, Ryan. My comment did a poor job of expressing what you nailed right away: Christians have all the primary resources they need to act faithfully and mindfully in the world. The 'politics' of global warming too often obscures for us the clear vision of creation presented to us in the Scriptures. It distracts us from demonstrating to the world the true significance of what it means to be creatures on a planet we did not create.

BTW, as a shameless plug: if anyone is interested in a sophisticated, theologically driven account of the current science of global warming, I recommend Michael Northcott's 'A Moral Climate: The Ethics of Global Warming' (2007). It can be found on Amazon. And while not a 'skeptic' of global warming, Northcott does not exalt the science above the theology. It's good for us to listen to those speaking within the Church as Christians.