Are you a Johannine Theologian? 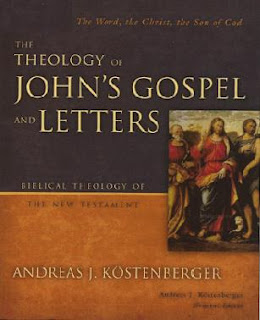 If so, you're about to get excited.

I just received the Spring 2009 Zondervan Academic Resource Catalog and the second page had a forthcoming book that looks very promising, The Theology of John's Gospel and Letters by Andreas Köstenberger. The book is not due out until November but looks like its going to add much to the conversation with its comprehensiveness (a wopping 656 pages). It's part of a new series by Zondervan called the Biblical Theology of the New Testament (BTNT) Series and has forthcoming volumes on all the NT books. Noted authors include Darrell Bock, Douglas Moo, and Thomas Schreiner.

The following is an excerpt from the catalog:

After an extensive exploration of the historical setting of John's Gospel and Letters and a discussion of relevant literary features, Köstenberger engages in a close literary-theological reading. This is followed by a study of John's worldview and use of Scripture and a treatment of major Johannine themes, including the Messiah and his signs; creation and new creation' and John's Trinitarian mission theology. The volume concluded with a discussion of the theology of John and other New Testament voices.

There is very little on the internet to speak of this volume other than a video of Köstenberger talking about it. FOUND HERE.
By Damian Romano