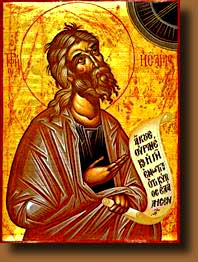 After completing my series with Michael Bird, I was inspired to better understand "the righteousness of God" in Paul's letters. One day, as I was reading through Isaiah, I thought to myself, "hey, Paul seems to be heavily influenced by Isaiah, and Isaiah (along with his hypothetical and potentially mythical brosephs deutero and trito) uses righteousness language quite liberally. Perhaps I should figure out how Isaiah uses righteousness language to figure out Paul." And this epiphany gave birth to the list below. Allow me to make a few disclaimers...

(1) The categories employed are quite broad, and hence do not reflect all the possible nuances of Isaiah's usage.

(2) To make matters more conviluted, I'm not sold on my categorization of some of the usages.

Here are some observations I had:

(1) The first portion of Isaiah emphasizes the "justice" nuance of righteousness (e.g. the injustice of Israel, the equity and justice of the coming king, etc.). However, the focus shifts in the second half of Isaiah, wherein righteousness pertains more to God rectifying the situation with his covenant people through deliverance from exile.

(2) The categories often collapse into each other. There is an effortlessness with which Isaiah alternates between the various connotations of righteousness.

(3) Righteousness is both faithfulness to a relationship and adherence to a norm. Isaiah conceives of righteousness both as the enforcement of just rule, and covenant fidelity. Neither nuance can be dismissed.

(4) There are a few places where the relationship between Isaiah and Paul seems undeniable. See especially Is 56:1, where God says that his deliverance (lit. his righteousness) will be revealed (cf. Rom 1:16-17).

So, how does Isaiah help us understand Paul? Moreover, is he the starting point for understanding the apostle's use of "the righteousness of God"?
By Anonymous

Email ThisBlogThis!Share to TwitterShare to FacebookShare to Pinterest
Labels: interpretation, intertextuality, Isaiah, The Apostle Paul, The Saving Righteousness of God