Thielman on the Major Theme(s) of Colossians 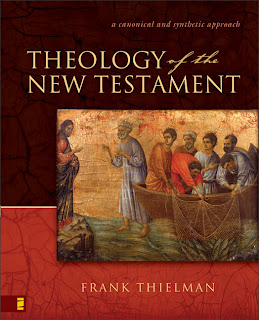 I've been spending a good amount of time in Colossians of late in preparation for a Sunday school class I'll be teaching on it at my church. In my studying for that I found this quote from Frank Thielman's Theology of the New Testament that I found to be a helpful and concise summary of the main point(s) of Colossians (maybe Dr. Bird can tell us if he disagrees...):

...Paul advances a case for the superiority of Christ over the universe, particularly over its inimical powers. Paul also emphasizes the sufficiency of Christ's death for the forgiveness of human sin, for inclusion within God's covenant people, and for reconciliation to God. the sufficiency of Christ's death, he argues, obviates the need for any complicated ascetic regimen as a means of placating and controlling divine powers. In place of its "harsh treatment of the body" Paul offers an ethical program that reflects Christ's defeat of the inimical cosmic powers and the reconciliation of the whole world to god through Christ's death on the cross. (377)

Sounds good to me!

It does leave open a few question: (1) Who are the "powers"? (2) And what is the reason for foistering ascetic practices on the Colossians by the "teachers".