Thoughts on Women in Ministry, Part 1: The Irrelevance of Galatians 3:28 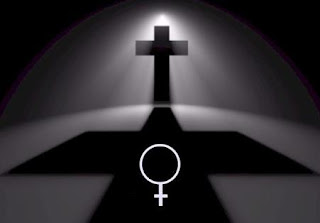 Here begins the first in a series of posts that will highlight some of my most recent thoughts on the women in ministry issue (although I suppose my post on the use of the term "pastor" actually was really my first, but it wasn't intended for this series). This all comes from spending the last couple weeks and a good part of the semester on a paper for a Talbot class. I will not defend all of this as thoroughly as I have in my paper itself, so if you happen to want the paper, feel free to ask and I'll send it to you.

Also, I will make a point of limiting my observations to stuff that you probably will not as readily find in the standard sources. That is, I won't give you the standard arguments on the standard texts. Given the medium of a blog I think it best to stick to the fresher, more provocative stuff.

So without further delay, we commence with some thoughts on the use of Galatians 3:28 in the gender debate.

In his Galatians commentary, F. F. Bruce wrote, "Paul states the basic principle here; if restrictions on it are found elsewhere in the Pauline corpus, as in 1 Cor. 14:34f...or 1 Tim. 2:11f., they are to be understood in relation to Gal. 3:28, and not vice versa."

Strong words, especially from so notable a scholar. Yet anyone who has read much on this issue realizes that such statements on the import of Gal. 3:28 are easy to find from egalitarian sources. The only surprising thing is how little Bruce himself, normally such a cautious exegete, actually defends that statement.

In any case, I do not intend here to tell you how I think egalitarians have misused Gal. 3:28 generally (I think Robert Saucy's article in Women and Men in Ministry and his follow-up response in JBMW to Fee's article in Discovering Biblical Equality handle that well). Instead, I will simply contend this: the nature of this debate ends up making Gal. 3:28 moot for coming to major conclusions about women's ministry roles. Let me explain.

Complementarians see Gal. 3:28 as primarily referencing the equality of salvation that all people, no matter their social standing, have access to. Social implications are there, but mostly limited to the Jew/Gentile issue (in particular how the change in purity status affected the two groups' ability to mingle). Functional distinctions between men and women are not changed.

Egalitarians of course argue vehemently that Gal. 3:28 obliterates all social and functional distinctions between men and women. Of course, this becomes a problem when texts in 1 Tim. 2, 1 Cor. 14, and Eph. 5, et. al., seem to say otherwise. At this point egalitarians must interpret those passages either to have (a) not originally taught complementarianism when properly understood, or (b) to be culturally limited in their complementarian teaching. But then you don't really need Gal. 3:28 because you already have or haven't proven your point.

Effectively what happens then is that Gal. 3:28 is no longer relevant. The real cruxes are in those other texts. If you cannot show that those do not teach complementarianism, neither can you show that Gal. 3:28 removes functional distinctions between men and women unless you are willing to seriously adjust your doctrine of the unity/inerrancy/infallibility of Scripture. But then anyone so willing probably wouldn't be considering complementarianism in the first place.

Finally, a note on group (b) mentioned above: William Webb has developed this position most carefully with his "redemptive-movement hermeneutic," arguing that Gal. 3:28 contains the "seed idea" that drives that movement. In this case the text is a little more important (maybe even the only important text). That said, even Webb goes to great efforts to show how the other texts contain indications of cultural limitedness (esp. 1 Tim. 2:11-14), and if that is the case, how important is it really for there to be such a "seed idea" at all?