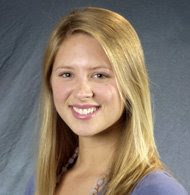 As many of you know, the student body president at the University of North Carolina - Chapel Hill was murdered on March 4th. A true tragedy in every sense of the word. But perhaps just as atrocious as the murder is the fact that there is a group of people who call themselves Christians that have made a mockery of her death by actually celebrating it! Yeah, I know, CRAZY. Not only this, but according to their website they also say that America is under God's direct judgment stating "God is america's enemy, dashing your soldiers to pieces. 3,987 dead. 29,314 wounded."


The people of Kansas based Westboro Baptist Church have actually decided to "picket" her funeral on the campus of UNC and have even posted a "NEWS BULLETIN" on their website with a nauseating title (here).

Not only do they render themselves "Christian," but even 5 point Calvinists (which incidentally is my theological persuasion). It is this type of misrepresentation that turns so many people off to Christianity. They are obviously some sort of cult who have overly concerned themselves with the impending judgment of God and consider themselves God's personal mouth-piece.

My question(s) to them:

How can you pronounce celebration upon the death of a person you know nothing about other than what school she attended? And picket the funeral no less? What if she was a believer in Christ? If she was, then your assumptions about the alleged judgment of God against her is grossly false, and your reaction to this nearly inexcusable. Perhaps you've misread the actions of God as did the "friends" of Job when "judgment" apparently befell him. How would you know she wasn't a believer? You wouldn't, you can never truly know without knowing her personally. Which is why you should never make such an assumption (and reaction) like this, its repugnant! Does your Bible not contain Ezekiel 33:11?

Would Christ or His Apostles act in such a way? If Jesus were here today would he be throwing a party for the death of Eve Carson? May it never be!

Surely we Christians are called to pronounce the judgment of God upon mankind, but more so to proclaim His love, mercy, and grace through Jesus Christ. Never are we called to make such reprehensible assumptions upon people we don't know.

Let us pray for the family and friends of Eve Carson to be comforted during this tragic time, and to be guarded against these wolves in sheep's clothing.

How do you find these crazy websites? I am a Christians in Context user and I am proud of you guys! Who would have thunk it!

Thank you so much for your encouraging comment Breyson! Damian was the one who dug this one up- I was surprised when I saw it myself.