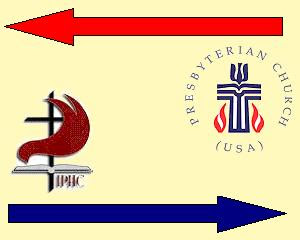 (Disclaimer: Michael Patton did not make this chart for me)

My wife and I have a bit of a Wednesday night tradition, and that is to watch a show on ABC called Wife Swap. The premise of the show is to swap the mothers of two families who are total opposites in one respect or another. The last episode had one family who was dead-set on fostering their sons wresting career and their whole life revolved around maintaining this goal. The other family was a bunch of free thinking artsy-type who allowed their kids nearly endless freedom. What has to be the most interesting thing to watch is how families struggle. During the first week the mothers have to adhere to the rules of the existing families. The second week allows the "new" mother to restructure some things and have the families conform to the patters of her liking. And this got me a'thinkin'...

How interesting would it be to see this happen within the church?

Think about it: imagine a scenario where a radical Charismatic had to spend a month in a Southern Baptist church? Or perhaps an free-wheeling (liturgically speaking) Emergent member spending some time in a Methodist church? And lets assume that the person who does swap has to follow the "rules" of the church the entire time they're there. What would it accomplish? Well, we can think of a hundred different outcomes that might transpire. In the negative, arguments across the board on why and how worship should be done. Doctrinal disputes would inevitably arise. Moral issues might even take notice. Then again, think about what the positives might be. A deeper appreciation for other denominations. Greater respect for those you don't fully agree with doctrinally. Love for other members of Christ outside the walls of our home church.

And this is exactly what happens on the Wife Swap show. Families divide, arguments are made. But in the end, while most of the families go back to the way they were, usually they learn a valuable lesson and loosen the chains of their bias toward others.

The church needs just that. We need to come to a place where we can break down the walls of division and create a healthy dialogue amongst each other. Now, of course there are exceptions, don't get me wrong. But when it comes to dealing with mainline Evangelical Protestantism as its generally understood, we could all use a healthy dose of this mentality.

While I certainly am aware that this scenario might be far fetched, it would be nice to see some common ground established once and a while.

This is actually a very good post. I think that Christians should intentionally swap churches from time to time. I encourage all of my students to attend a church outside their tradition at least 4 times a year. It is a healthy things and helps us to overcome so many misconceptions.

The interesting part of my Christian walk has been being raised Catholic; then getting saved and going to a non-denominational (Baptist) church; then over for a few years to my brothers Pentecostal church; now at a true-blue Southern Baptist church in Raleigh. I've had a plethora of experiences over the years. But like you say, for those who have never in their lives experienced anything outside their own churches, misconceptions and judgmental biases arise. I praise God for my experiences; it’s made me appreciate the differences we all have as Christians.

One of the best things that ever happened to me was to go to a third wave college. I took classes on interpretation of dreams and have prophets come to chapel and prophecy over people. This was definitely not what I was used to. But God used it in a great way. I had to realize that many of these people really do love the Lord.

Ouch! That was hard. For some reason I felt more comfortable thinking that these people did not...they must not know the Lord. Lord forgive me!

That's some heavy stuff. Sadly we all do that...kind of a "liturgical" obscurantism.